The Wireless Wall Switch is a wireless user interface that can be configured via the Casambi app. The four target buttons can control a scene or an animation of the user’s choise or simply one luminaire, one luminaire group or all lamps together if so desired. 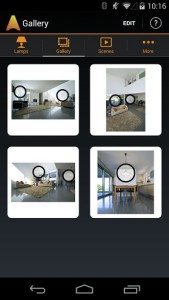 The Wireless Wall Switch comes with a wall mounting plate. The switch can be attached to the plate as it is equipped with magnets.